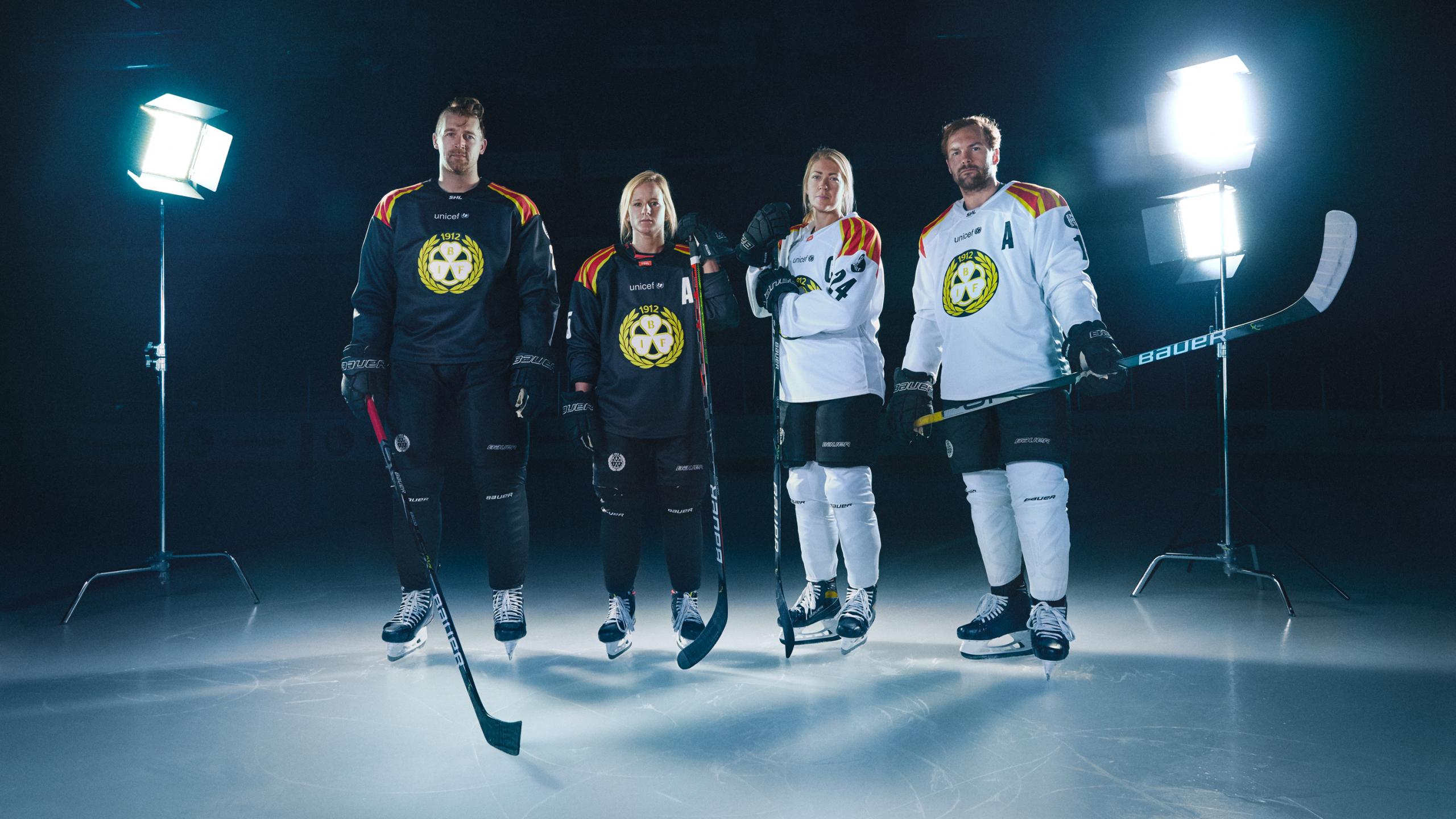 The sustainability journey for Brynäs IF began in 2014 when Brynäs and UNICEF formed a partnership to give as many children as possible a good start in life. We were the world’s first ice hockey club to form a partnership of this nature and we have done so alongside football clubs FC Barcelona and Manchester United. Each year as part of this partnership Brynäs donates 1.2 million Swedish Crowns to UNICEF that goes to international projects in the field. In recent years this has gone to the Galz for Goals project in Namibia and to education for disadvantaged children in Bolivia.

The partnership with UNICEF was done for two main reasons and they were to gain the right competence regarding children’s rights in the club and to give credibility to the work we would do for children in our region.

The Clean Jersey was developed for use as a symbol of the work that we would do and continue to do with UNICEF. The only logos on the jersey are those for our club, Brynäs IF, UNICEF and our social sustainability group A Good Start. Each season the clean jersey is used by all our women’s and men’s elite teams as a communication tool for the work done in A Good Start. For example during the 16/17 season children chose words to represent what was important to give children a good start in life and these were printed on the clean jerseys during a game to highlight children’s needs to all our spectators and fans but also to other clubs and their fans.

The Clean Jersey is made possible through our Main Partners Bauer, Bilbolaget, Gävle Kommun, Länsfösäkringar Gävleborg and Sandvik Coromant.

The UNICEF game is held once per year to highlight the work done by UNICEF both locally and globally and to encourage more people to become pledge donors. A reference group, comprising of children from the local schools, organises all the events for the UNICEF game.

The children in the reference group also actively participate in all the tasks required to stage a game of ice hockey. For every adult that is typically working at a game there is a child with them helping during the UNICEF game. Children commentate, manage our Instagram account, coach, and interview players for television during this game. It is a lot of fun for everyone involved.